“An important and historic step”: Israel and the UAE sign a free trade agreement

After five months of negotiations, Israel and the United Arab Emirates on Friday signed a free trade agreement between the two countries, hailed as an “important and historic step”.

On Tuesday, Economy Minister Orna Barbivai met in Jerusalem Thani bin Ahmed Al Zeyoudi, UAE Minister of State for Foreign Trade, for the fourth and final round of talks.

The two men signed the agreement at the David Citadel hotel in Jerusalem on Friday.

“Since the establishment of the Abraham Accords, the Ministry of Economy and Industry has worked to expand economic relations between Israel and the UAE and realize its economic potential,” Barbivai said. .

“Finalizing the negotiations is an important and historic step in the relations between the countries and we will continue to help the Israeli business community to establish commercial relations in the United Arab Emirates,” she added.

The agreement will officially enter into force after a ratification process in both countries. Government lawyers are currently drafting the detailed documents needed to put the agreements into practice.

According to the statement, some 95 percent of products traded between the countries, including food, agriculture, cosmetics, medical equipment and medicine, will be exempt from customs duties. A number of products will be immediately exempted, while others will gradually benefit from exemptions.

The United Arab Emirates and Israel signed a normalization agreement in 2020 under the US-backed Abraham Accords.

Foreign Minister Yair Lapid, who discussed the free trade agreement with Emirati Foreign Minister Abdullah Bin Zayed at this week’s Negev summit in Sde Boker, said the pact “would bring benefits tangible to the citizens of Israel and the nations of the region”. 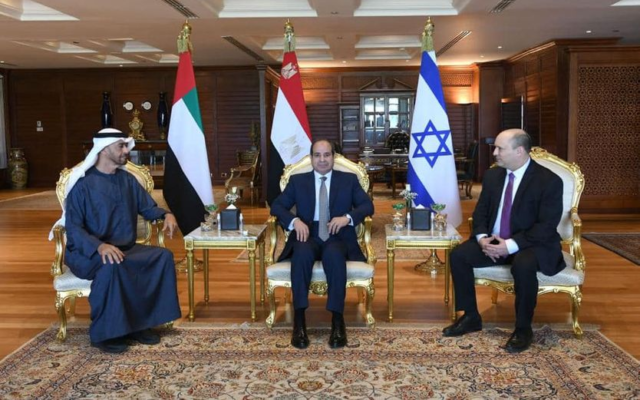 At the trilateral summit in Egypt last week between Bennett, MBZ and Egypt’s Abdel Fattah el-Sissi, Israeli and Emirati leaders agreed to wrap up the talks within days.

Bennett said in a statement that “the good relations that have already been created between the countries are reinforced today in the form of a free trade agreement, which will significantly strengthen economic cooperation for the benefit of the citizens of both country”.

For the Israeli political bureaucracy, the five-month process to conclude such an agreement was relatively quick. The pace underlined to the Emiratis how serious the Israeli side is about the relationship, diplomatic sources told The Times of Israel.

On the UAE side, the agreement is a significant step in creating tangible benefits for its citizens from the Abraham Accords. Emirati leaders regularly speak about the importance of ensuring their people understand and feel the effects of the 2020 deal. 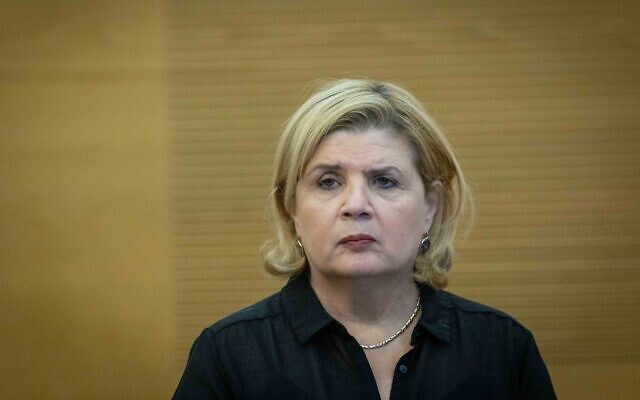 Economy Minister Orna Barbivai at the Knesset in Jerusalem on October 6, 2021. (Yonatan Sindel/Flash90)

Diplomatic sources said access to goods from the United Arab Emirates could have a noticeable effect on lowering the cost of living in Israel.

Israeli exports of agricultural and other food products will be completely duty-free. This is an indication of the priorities of the two countries, diplomatic sources told The Times of Israel. The Russian-Ukrainian war has disrupted important European export markets for Israeli producers, while the United Arab Emirates is still focused on food security for its 10 million people and world-class catering for the millions. tourists passing through Dubai and Abu Dhabi.

Trade between the countries reached $900 million in 2021, the first full year after the signing of the Abraham Accords. This number is expected to increase significantly. 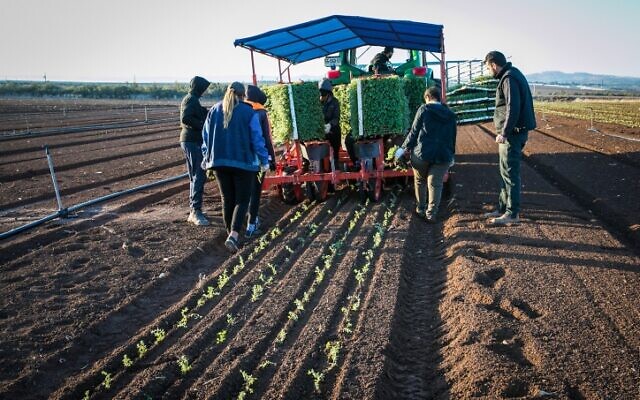 “We seek to create more than $1 trillion in economic activity with Israel over the next decade,” Emirati Economy Minister Abdulla bin Touq Al-Marri said in September during a landmark virtual event. the first anniversary of the Abraham Accords.

The fund, which was proposed by Lapid and Science, Technology and Innovation Minister Orit Farkash-Hacohen, will allocate NIS 15 million a year for the next decade. The UAE will provide matching funds, totaling NIS 300 million over the life of the fund.

The fund is part of a wave of investments between countries following the Abraham Accords. The previous week, the Wall Street Journal reported that UAE sovereign wealth fund Mubadala Investment had invested $100 million in six Israeli venture capital firms.

If so, we have a request.

Every day, our journalists aim to keep you up to date with the most important developments that deserve your attention. Millions of people rely on ToI for fast, fair and free coverage of Israel and the Jewish world.

We care about Israel – and we know you do too. So today we have a question: show your appreciation for our work by join the Times of Israel communityan exclusive group for readers like you who appreciate and financially support our work.

yes i will give

yes i will give

Already a member? Log in to stop seeing this

You are a dedicated reader

We’re really glad you read X Articles from The Times of Israel over the past month.

That’s why we started The Times of Israel ten years ago – to provide discerning readers like you with must-read coverage of Israel and the Jewish world.

So now we have a request. Unlike other media, we don’t have a paywall in place. But since the journalism we do is expensive, we invite readers to whom The Times of Israel has become important to help support our work by joining The Times of Israel community.

For just $6 a month, you can help support our quality journalism while benefiting from The Times of Israel WITHOUT ADVERTISINGas well as access Exclusive content only available to members of the Times of Israel community.

Thank you,
David Horovitz, founding editor of The Times of Israel

Already a member? Log in to stop seeing this

Loretta Bolotin, co-founder and CEO of Free To Feed