By David Barrett Home Affairs Editor for the Daily Mail

Brandon Lewis made the promise amid fears that unelected judges would backdoor craft European-style privacy laws.

He said: “We need to make sure we have a human rights system that doesn’t create or cover up the cancel culture. We need to do everything we can to protect free speech, even though it can be really, really boring.

“We cannot allow people to claim that their human rights are being violated because they disagree with us.

“I basically agree with people’s right to offend.”

He added that allowing freedom of speech and debate to be restricted would leave society “trapped in one person’s view of the world, which is very, very dangerous.”

A bill of rights to replace the Labor Human Rights Act was issued by Boris Johnson’s government this year – but has gone back to the drawing board to ensure it tackles the migrant issue Channel trafficked from France in small boats. Mr Lewis told a side event hosted by the Policy Exchange think tank at the Conservative Party conference yesterday that he and Home Secretary Suella Braverman were working to reform human rights laws male to stimulate evictions.

He added: ‘This government is committed to ensuring that we address issues related to illegal immigration.’ 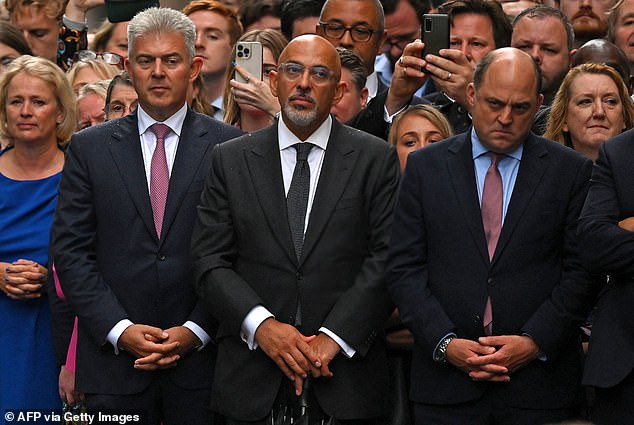 It is understood that a separate packet will set out how UK court decisions supersede decisions of the European Court of Human Rights in Strasbourg, and that Parliament has ultimate law-making authority.

Mr Lewis said previous plans for the Bill of Rights were likely to be broken down into smaller packages to get through Parliament, adding: ‘We will probably do that in different pieces of legislation.’

It is understood that a separate packet will set out how UK court decisions supersede decisions of the European Court of Human Rights in Strasbourg, and that Parliament has ultimate law-making authority.

“We must be clear that Parliament is sovereign and if Parliament has expressed a view through legislation, the courts have always respected that view when implementing the law which passed,” he said. His remarks came after Ms Braverman said she would reform the Modern Slavery Act, which allowed Channel migrants to delay deportation on the grounds that they had been exploited.

“There have been huge attempts to try and stop the problem and I think we are now at a stage where we need to take dramatic action,” Ms Braverman told The Sun. “The problem got out of control for various reasons.

“A majority of people here from Albania – around 80% – crossing small boats claim to be victims of modern slavery…regardless of the fact that they may have paid tens of thousands of pounds for this privilege of being a so-called modern slave.

“It is also regardless of whether they will have actively sought to come to the UK by an unlawful, unlawful and dangerous method. So it’s abused. She said she would raise the evidentiary threshold for slavery claims and introduce time limits.

She also said some police forces had been “captured” by woke groups and tended to “pan into political correctness…and a lack of courage to embrace old-fashioned policing.” She added: ‘I want to encourage the police to start investigating every burglary again, ensuring that anti-social behaviour, car theft, drugs, graffiti, vandalism are immediately addressed.’